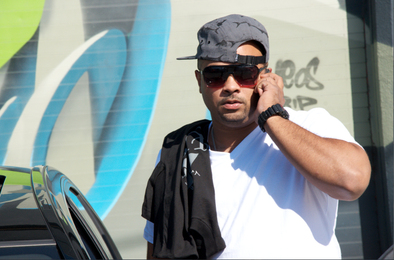 RP style is drawn from the same well that spawned the likes of Nas and Eminem. In other words, his music is a combination of street knowledge and psychiatric issues. Growing up in the streets of Spanish Harlem his passion for making music has been there since the beginning .

RP has plenty of big time collaborations under his belt, recording with artist like NORE, Kurtis Blow,  Sadat X, Kool G Rap, Grandmaster Caz, MC eight, DMC, and the list goes on. Currently working on " The Vintage Album" with fellow L.E.S mc Fokis, Rp has also released his debut EP "The Crackpot Diaries pt 1" which was shown a lot of love across the board from plenty blog sites like Hip Hop DX, Sway's Universe and XXL.

After joining a super team named Local-Mu12 led by Fokis, RP looks foward to bringing you relatable and true music from only a standpoint in which he can deliver. With plenty of ammo in the shelf be prepared for an artist like no other.