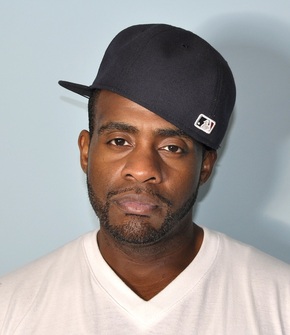 Born William Heredia to Dominican parents, Fokis was raised on New York City’s Lower East Side of Manhattan.  It was during these formative years that Fokis developed a love for music and a work ethic that placed him amongst hip hop’s hardest working entrepreneurs. Fokis began rhyming at an early age and later began to produce his own music.  Seeking to enhance his career, Fokis pursued formal training as a recording engineer, later opening his own recording studio Krystal Clear Recordings.  There, Fokis recorded and mixed for many artists including Slaughterhouse, Fat Joe, Skyzoo, Torae, Dres, N.O.R.E, Kool G Rap, Brand Nubian, Chi-Ali, Mic Geranimo, Bubba Sparxx and Rahsaan Patterson.  His passion and commitment to succeed literally placed him on the “Road to the Riches”.  Early in his career, Fokis developed an online reality show based on his own experience as an independent hip hop artist seeking to secure a record deal within a year’s time.  Consistent with reality, the “Road to the Riches” did not result in Fokis signing a record deal.  Not deterred, Fokis went on to release several albums collaborating with various artists such as Joe Budden, Olu Dara (Nas’ father), Deemi, Joell Ortiz and various producers such as Ty Fyffe,  Focus…(Aftermath Ent.) Fantom Of The Beat and Jake One.  Fokis released various projects including the “20/20” EP exclusively produced by Focus of Aftermath “The Appetizer” LP with Punchline (formerly of eMC) “A Vintage State Of Mind” & most recently, "Recognize Your Power" EP by Edo. G & Shabaam Sahdeeq which was produced entirely by Fokis.   all of which were well received by his fans.

Fokis has toured the United States and abroad, performed as an opening act for artists such as Common, Busta Rhymes, M.O.P., The Beatnuts and more.  Through his experiences, Fokis developed a relevant broad appealing style and sound that remains true to the core foundational elements of Hip Hop with a commercial appeal.  Though achieving success releasing his own music, Fokis realized in this era it would take more than pursuing a career as a recording artist to rise to the level of success he sought to achieve.  As his experience with the business side of the industry grew, Fokis established his own independent record label, Loyalty Digital Corp. Through his label, Fokis has worked with and Executive produced projects like “An Ode To Reasonable Doubt” by Skyzoo & Antman Wonder, “Barrel Brothers”  by Skyzoo & Torae, “Never Left”  by Sadat X and various others. Most recently, Fokis has created a membership based artist and producer collective called Local-Mu12.  The members span from all over the world and they are currently preparing their Sophomore LP for a early 2016 release. Fokis & Loyalty Digital’s many achievements have been recognized by various blogs such as Complex, HipHopDX, NahRight, 2DopeBoyz, RapRadar, XXL and The Source to name a few.  In his own words Fokis states “I am a dreamer, a visionary and a grinder with a capital G.”