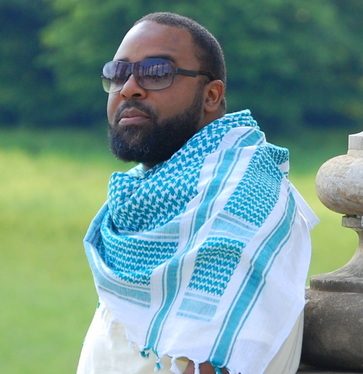 At the age of 12, Miguel has been controlling 2 turntables. He started after being inspired by his 2 older cousins and mainly DJ Jazzy Jeff.

After developing his reputation djing parties in high school and being the go-to kid for studio sessions providing scratches on albums for local artists
he soon ventured into production and mcing utilizing his knowledge as a dj and a love of music. After doing some production work on various 12" and CD's throughout the years (including a track on the highly acclaimed first Fishbelly Black CD) Miguel moled away in his parents basement came up with under his DJ Name DJ Hakim "Hakimulistimuli"(a name that describes the different moods of his music.) Different sounds create or reflect different moods and those moods have a certain vibration that makes people react thus Moods and Vibrations Productions. He hooked up with Fokis and contributed to the "Walk through Myspace" series. Miguel has provided production for legendary group Run-DMC, another Hollis NY resident Chico's Son, Punchline, Fokis, Boot Camp Clik and Sadat X. The latest project is Fokis' Local MU12, a group of producers and mc's who collaborate and release excellent music.