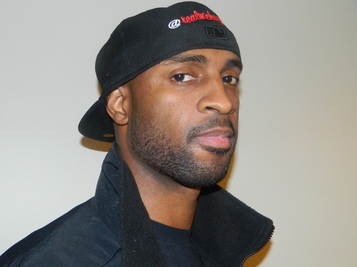 Since his introduction to hip-hop in the 80’s, Real McKoy has been immersed in the history of music, determined to stay true to the pioneers of the art form. Born, Lewis Edward McKoy, Real McKoy has always been a fan of music. An avid trumpet player from middle school through college, music has always been a part of his life. He found his inspiration in groups such as Eric B & Rakim, Pete Rock & CL Smooth, Gangstar, De La Soul, and Wu Tang Clan; in artists such as KRS- One, Redman, Snoop Dogg, and Nas.

In his earlier years, he and his friend Juan of MOI Photography, would like to shop for maxi-singles. Using the instrumentals from those singles, they would both record raps on cassette and give to friends to listen. They became increasingly popular but never formed an official group. Tireless in his work effort, he wanted to continue to reinvent sounds from all eras. Being a huge fan of DJ Premier and Pete Rock’s production, he set out to fuse hip hop, funk, and soul with the cadences of live percussion.

After being discovered on the Future Producers forum by Fokis, Real McKoy was featured on A Walk Through Myspace Volume 2 and The Network. Some of his accomplishments are Sadat X, Black Rob, Cormega, and Fokis.