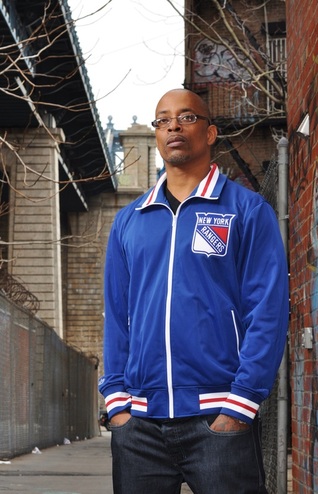 Few artists in hip-hop have afforded the longevity that Sadat X has. Unmoved by an inevitable changing of the guard in Rap, the X-Man remains a beacon of true, un-facsimiled artistry. In so many words, he sits atop the lists of your favorite rappers favorite rapper. Its like his time as a child confined to the other side of the street or his uncles car, watching Cold Crush or Kool Herc park jams, molded Sadat into the respected person & and wholly unique emcee he is today.

A founding member of the legendary Brand Nubian, Sadat X continues to lead the race while many of his peers have long-since passed the torch. Few artists in any genre have achieved the longevity, notoriety, and critical acclaim that Sadat X has earned over the course of his three-decade, 12-album career. Hip-hop heavyweights such as Jay Z, Notorious B.I.G., Nas, Common, MC Lyte, Miguel Migs and even the alt-folk troubadour Jack Johnson, have called upon “the Dot Father’s” percussive flow and lyrical dexterity to bolster their already iconic outputs. And whether it’s The Neptunes, DJ Premier or Madlib, any producer worth their salt has built their beats upon Sadat X’s trademark talent.

Fall 2008, Sadat released "Generation X”, produced by Will Tell, with features by Thirstin Howl III and Twanie Ranks, to name a few. Sadat also released his follow up to his 1996 "Wild Cowboys", in March 2010 "Wild Cowboys II" with features from Kurupt, ILL Bill, Pete Rock, Rhymefest and 9th Wonder on Fat Beats Records. The album received an overwhelming response from the fans.

Sadat has also done voice over work for World of Adventure Sports, Aura 360 and 360 Productions Group. 2011 brought another television opportunity Sadat's way, as a MADE coach on MTV (Season 11, Ep. 54) for an aspiring 17-year old rapper from St. Louis. Sadat spent five weeks coaching him and received rave reviews from MTV and fans from all around.

Sadat X has teamed up with Fokis' Loyalty Digital Corp. company for one album slated for release in early 2013 called "NEW YORK".  The first two singles, "We In New York" (produced by JFR of the Accoustic Chefs) & "I Know This Game" (produced by Real McKoy) have already been featured on a variety of blogs like egotrip, hiphopdx, nahright plus has received radio play on Hot97 and sirius xm.  Both songs are available for stream or purchase here.  The upcoming album features Black Rob, Cormega, King Tee, AG and more.