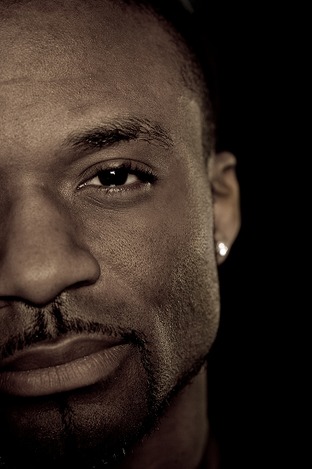 The movie 8 Mile told us two things about Motor City Hip Hop: One, Detroit rappers are a dime a dozen. Two, a gift for raw lyricism will gain you moderate success on the scene, but to stay in the game, an uncompromising grind is essential. While Stryfe DaFantam appears to embody the typical lyricist of D-Town, complete with rugged street storytelling, coming of age tales and your expected ego trippiní, his honest flow and atypical rearing makes him your favorite anti-run-of-the-mill emcee.

Krystyan Deron Anderson, in true Detroit fashion, is no stranger to hood life, break-ins, sleeping in the company of rats and roaches, and realizing at a young age that a life of crime isnít reserved for the tough guys in the movies. Heís seen how perpetual hopelessness can transform blocks into bombshells, and even after witnessing murder with only a decade of life under his belt, Stryfe managed to beat the consequential ìoddsî of a ghetto upbringing. At 12, Stryfe went beyond the expectations of a kid whoís experienced it all and entered one of Detroitís top-rated schools, Renaissance High.

After graduating from a school where only the best survive, Stryfe went on to attend Michigan State University. It was at MSU where he recorded his first attempts with LaKaz from Mask Musik Entertainment, writing under the influence of Ras Kass, Nas, and Talib Kweli. The new aspiring emcee passed the tracks along to a group of school friends who were cultivating a record label of their own, The Illiance. The group had already planted one seed in the Hip Hop game and was working on toiling the soil for their second album, Under the Bridge, when Stryfe joined the budding squad of rhymers.

While recording with The Illiance and working on his debut effort, Stryfe gained ground as an emcee by battle rapping, using his skills on the mic to build anticipation for his growing body of work and creating a network of support. With his quick wit and ability to ride a beat on cue, Stryfe was a champion battle rapper at the Kodiak Bar and Grille, took first place at a BlackPlanet battle at Detroitís Hart Plaza and a handful of others where the new rapper swept both amateurs and vets off the stage.

Stryfe released his debut album, Great Expectations, in 2005. While the album didnít do well in numbers, it garnered the attention of Detroit Hip Hop fans and began the momentum for the rising lyricist. Being an emcee whoís gone from living with rodents and fleas to dining with CEO's of Fortune 500 companies, Stryfe has a story that begs to be told in the form of rhyme with a gritty, yet refined lyricism. The artist transforms his emotions that used to be the source of his schoolyard fights to lyrics on top of dope beats. In the face of all the hardships, Stryfe maintains that his blessing has always been having a place to record and having beats to flow over.

After a short, musical hiatus, Stryfe picked up where he left off in í05. He regained his recording mojo in late 2006 and utilized social networking to connect with fellow artists in the states and overseas. After recording City of God, Stryfe decided that heíd proven himself enough and had substantial material to make a strong run at a career in music. Although he knew his talent was worth the difficult pursuit in an industry riddled with exploitation, it was the lay off from his steel mill job in January of 2009 that pushed Stryfe to sacrifice for his dream.

Even after playing hundreds of shows in Windsor, Detroit, and Chicago, Stryfe remains humble. The fans heís gained due to sheer appreciation of his work has not jaded the artist or knocked him out of reality. Stryfe is consistently grinding, performing in various stage and video productions, and making good music with the likes of Detroit CYDI, Fokis and others.

Currently, Stryfe is wrapping up a project with producer Marc Byrd titled The Last Resort, reminiscent of Gangstarr, where Byrd drops the beats and Stryfe writes the lyrics.